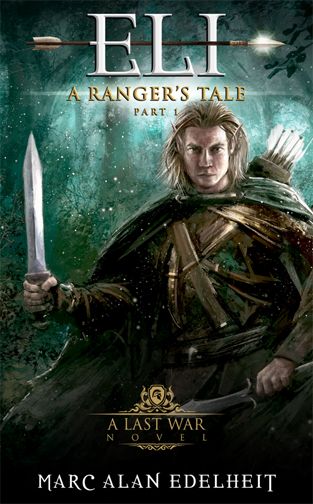 A dangerous mission. A war of the Gods. An epic destiny.

When elven rangers Eli’Far and Mae’Cara are dispatched to hunt down the dangerous criminal Mik’Las, the mission seems simple enough. Mik’Las has committed the unthinkable crimes of murder and kidnap, and though he’s a former ranger and skilled in the deadly arts, Eli is confident they will bring him to justice.

But after Mik’Las flees into the human kingdom of the Castol, Eli and Mae find their mission suddenly wrought with complications. Lord Edgun, an oppressive man grinding his people under the heel of his boot, has left its people desperate. Things grow even more complicated when the elves run into Jitanthra, a strange human girl being hunted by Edgun’s men, and who has connections to a mystical outcast, an elf currently imprisoned by Edgun.