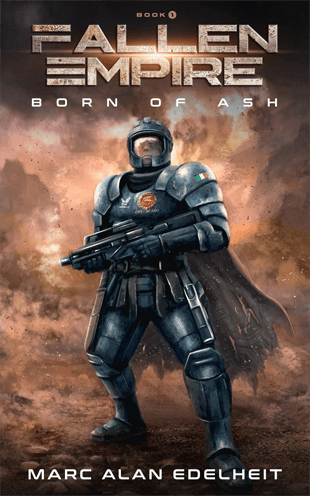 After years of catastrophic fighting, the rebellion is over. The First Galactic Empire has fallen.

The Keeper of the Unknowable, Guardian of the Gates, the Eternal Emperor, is dead. Entire star systems have been ravaged by war, planets cracked by powerful weapons, and suns sent into supernova. The infrastructure of an advanced civilization that spanned thousands of stars is ruined. Trillions have died. Instead of liberation and a return to democracy, freedom, and a new golden age, humanity has been plunged into darkness.

Eighteen years after the Great Fall of civilization, stranded on the wrecked world Asherho, Keira Kane struggles to make her way. Shattered by war, the climate of the planet has become inhospitable to life and is getting worse with each passing year. The government is a brutal regime, focused on maintaining its own grip on power instead of feeding the few million ragged survivors living upon its surface. What little law and order there is has begun to erode and break down.
Adopted, protected, and raised by former Imperial Marines, Keira has been trained as a mechanic and technician. Her skillset is indispensable to maintaining the decaying infrastructure of her dying planet.